Toast your achievements at Bagels and Bubbles

Celebrate the completion of your challenging journey and your first steps into a new life and career. Invite friends and family to Mason’s in-person ceremonies, including  University Commencement  and individual Degree Celebrations.

Mason will require all students, faculty, staff, and guests in attendance at EagleBank Arena and all indoor degree celebrations to wear masks to create as safe an environment as possible. We will have additional supplies on hand for those who arrive without a mask.

While the number of cases at Mason in recent weeks remains well below the high we experienced this winter, recent increases in COVID-19 cases have prompted concerns. We are following current CDC and local public health guidance on how to respond to COVID conditions. 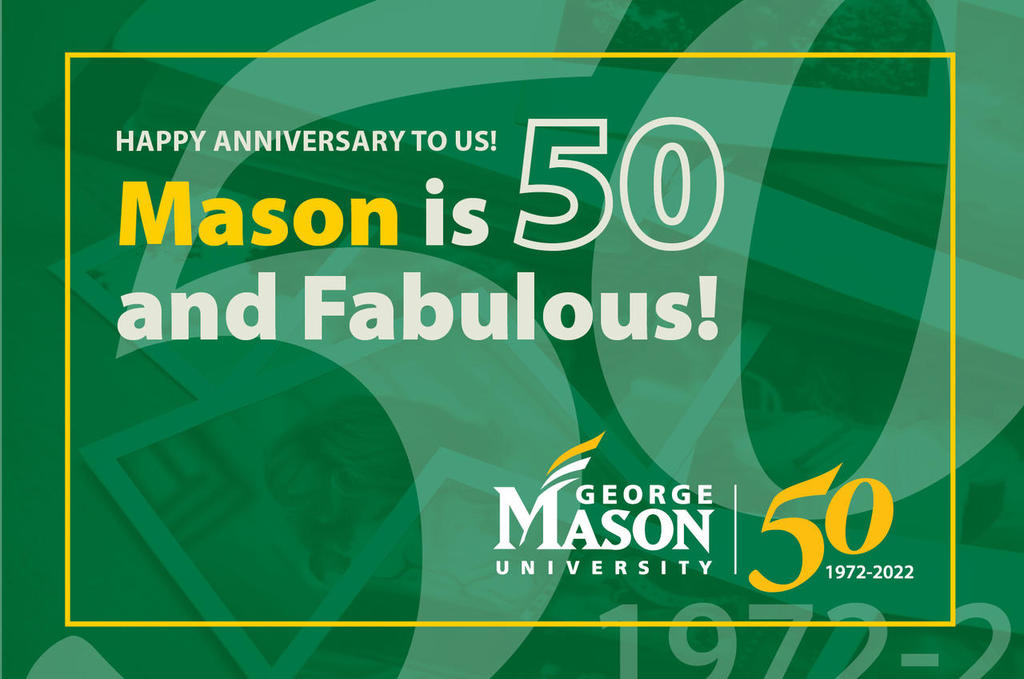 We have so much to celebrate! Mason is celebrating our 50th Anniversary as an independent university in 2022. As a graduate, you are now part of our incredible history and our exciting future! Congratulations!

On May 20, 2022, at 10 a.m., President Gregory Washington will preside at Mason’s 55th University Commencement  ceremony in EagleBank Arena, which will feature student, faculty, and guest speakers. Guests will also enjoy live music during the event.

Separate Degree Celebrations will honor school and college graduates, who will be individually recognized and photographed as they cross the stage. The events will also feature guest speakers.

Stu Shea to Speak at Commencement

The ceremony will be held at 10 a.m. Friday, May 20, in EagleBank Arena on the Fairfax Campus.

Shea, 65, a former member of Mason’s College of Science Advisory Board, in February was named one of the 50 Most Influential Virginians by Virginia Business. He has served the security, intelligence, business and technology industries in various executive leadership capacities in public and private companies and in government.

Peraton is one of the largest employers in the region according to the Washington Business Journal, with 6,180 employees in the Washington, D.C., metropolitan area, including more than 450 Mason alumni.