The secrets of embracing change in work and life

Today's workforce might best be described in terms of tumult: Great Resignation, Great Retirement, Great Reshuffle, etc. In this "new normal," managers must learn to navigate a state of continual transition in their teams and organizations, while keeping up with day-to-day demands. Likewise, George Mason University School of Business Management Professors Sarah Wittman and Kevin Rockmann believe that it is time for scholars to change the way they think about role transitions to better align their theories with our increasingly uncertain world.

Over the last few decades, management theorists have sought to understand transitions by means of attributes such as voluntariness, social desirability, and predictability — generalizable qualities that tend to encourage binary thinking with implicit value judgments attached. While such catch-all labels theoretically make it easier to compare and contrast different types of transitions, Wittman points out that at the end of the day, they may raise more questions than answers. "Attributes are not measurable, plus they’re subjective for each person," she says. "Is accepting a promotion voluntary or involuntary? There are many situations in which it would really not be voluntary."

Along with Mailys M. George (a faculty member at EDHEC Business School), Wittman and Rockmann authored a paper for Academy of Management Annals laying out an entirely new mental model for studying role transitions. Instead of attributes, their proposed paradigm is structured around experiences – in other words, what a role-switch looks and feels like not only for the person undergoing the transition, but for everyone indirectly affected (managers, colleagues, etc.). The experience-based approach would be open-ended enough to encompass transitions in both the professional and personal spheres – as well as addressing the impact that each sphere has on the other.

To illustrate their method in action, the paper posits a hypothetical employee named Maria who enjoys a healthy work/life balance and high productivity. Maria undergoes a role-transition as she becomes the primary caregiver for her aging father. Cataloguing the attributes of her life change would hardly do justice to its magnitude. Every area of her life would be impacted, from her ability for colleagues, friends, and relatives.

The paper’s experience-based framework defines Maria’s disruption as movement across four transition dimensions – psychological, physical, relational, and behavioral. To be sure, not all transitions are as major as Maria’s – smaller ones might not involve all four types of movement. And dramatic movement in one area can easily lead to more subtle shifts in another, as when the isolation of work-from-home causes psychological strain for employees new to remote working.

Often, movement is accomplished on some levels but not on others. Our fast-paced business world particularly neglects the psychological dimension, hurrying people between roles without allowing time and scope for proper emotional adjustment. As Wittman explained in a prior paper, this can result in "lingering identities" – the spillover of inherited ideas, habits, expectations, etc. into a new role where they may not fit. People who have made the transition physically but not psychologically will generally struggle more in their role, due to their sense of not-belonging.

In addition, the movement of individuals can set the people around them into motion, an outcome Rockmann calls "collateral transitions." For example, his prior research that predates the pandemic found that individual employees’ decisions to work remotely influenced colleagues to do likewise, as the office gradually emptied out and became a lonelier place to be.

The researchers suggest that by making these kinds of complexities (among others) more accessible to scholars, their experience-based framework helps theory keep pace with reality. It may also give managers something to consider.

"We’re pointing toward a much more human perspective, not economic rationality" says Wittman. "This is not the usual conception of a worker’s utility, as measured in salary, working conditions, etc. It’s a hidden utility. It’s taking a whole-person perspective on who is the worker at work but knowing that work is not their whole lives." 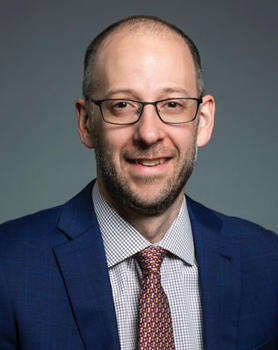 In a work-appropriate way, therefore, managers need to be at least minimally aware of what is going on in their team members’ personal lives, especially during times of transition. Returning to the paper’s hypothetical employee, the success of Maria’s transition would largely depend on her supervisor being understanding of both her family situation and its likely effects on team cohesion and productivity. Further, success depends on Maria’s supervisor making sure that others are not negatively impacted by Maria’s transition and that they understand, if not the details, the general nature of why Maria’s behavior has changed. Rockmann emphatically believes that the responsibility for maintaining open lines of communication is one-way. "To be frank, that’s the job of the manager. Enforcing policies and procedures, that’s the easy part. The more difficult part of it is helping people understand one another. That’s really difficult, to take that mind-set. Someone who’s not only interested but can actively manage the relationships in order to mitigate any potential issues."

Individuals undergoing transition can use the experience-based framework to help them anticipate challenges for themselves and others. This may also unlock buried resources of resilience. Just as the border between work and life is often more permeable than theory suggests, lessons learned from successful transitions in one sphere may be translatable to the other. Widening the frame of reference can help scholars, as well as the rest of us, learn more about how to build what Rockmann and Wittman call "transition muscle."